The Royal Mint has revealed how a leap in demand for investment in precious metals helped it deliver a return to annual profit, with the coronavirus crisis prompting a surge in prices.

The government-owned mint, based outside Cardiff, reported a pre-tax profit of £12.4m during the year to 31 March compared with losses of £0.2m over the previous 12 months.

The manufacturer of coins for the UK and more than 30 other nations globally also credited sales of historic coins and exclusive 'Masterwork' pieces, including a 9.5kg gold coin to mark the Queen's 95th birthday.

The company reported record international sales, particularly in Asia and the US, for the Music Legends segment of its popular culture series of celebratory and commemorative coins honouring the likes of Sir Elton John and the late David Bowie.

One Bowie coin was even blasted into space to huge publicity in December 2020 - emulating the artist's famous Major Tom character, who features in the lyrics to three of his songs.

The Royal Mint said, crucially, that sales of gold and silver doubled over the 12-month period, aided by a 430% increase in millennials flocking to its online DigiGold platform to take advantage of a spike in commodity prices.

The global price of gold - a closely-watched barometer of investor sentiment - hit record levels during the COVID-19 crisis as economies entered hibernation to protect public health, with prices passing $2,000 an ounce last August.

It became one of the best-performing assets during 2020.

One downside of the pandemic has been a slump in demand for new coins globally given lockdowns and consumer reliance on online purchases.

It was announced in September 2020 that it would no longer produce new 2p and £2 coins for the UK as there were enough in circulation to last at least the next decade.

Graham Love, chairman of the 1,100 year old company, said: "Despite the significant headwinds of the past year the team have delivered an outstanding result - achieving record financial performance, safeguarding employees and making medical visors for the NHS.

"The pandemic accelerated the diversification of The Royal Mint, and the strategies already underway in the consumer division allowed it to flourish and offset declines in the currency business." 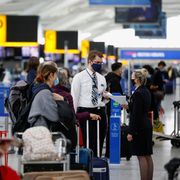 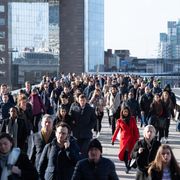 COVID-19: 'Many thousands' could lose jobs as changes to furlough scheme come into force 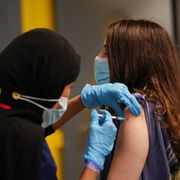 COVID-19: Employers told forcing staff to have vaccine could be criminal offence amid warning over 'no jab, no job' policies 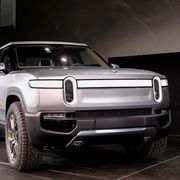