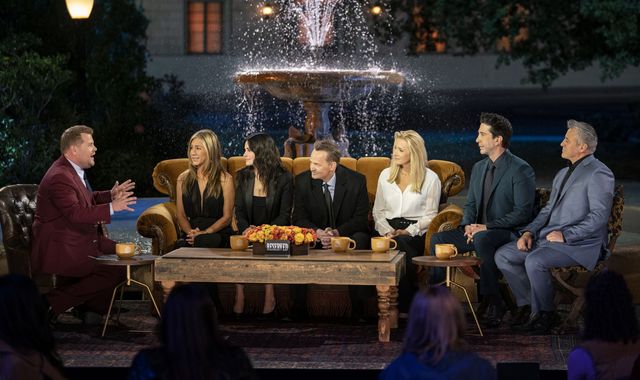 The Friends reunion was the most-watched show on Sky One ever, the broadcaster has revealed.

Around 5.3 million people switched on to watch the cast of the 90s comedy when it hit screens last month - underlining the eagerness of fans to watch the stars back together.

Friends: The Reunion, which was broadcast on 27 May, is second only to the final season of Game Of Thrones from 2019, which was carried on Sky Atlantic, for the biggest audience ever on one of Sky's entertainment channels.

Sky is the parent company of Sky News, and is owned by the US-based Comcast.

They were joined by cameos from Lady Gaga, who performed Smelly Cat in Central Perk, Justin Bieber, who showed off Ross' Spudnik costume, and Tom Selleck, who was an answer to a trivia question in Monica's flat.

Among the revelations during the show, it was revealed that Schwimmer and Aniston almost got together in real life, but never took their crushes any further (LeBlanc seemed to think otherwise, though...).

Perry also admitted he used to panic when his jokes wouldn't get a laugh while they were recording.

Speaking about performing in front of a live audience, he said he would feel like he was "going to die if they didn't laugh", which was "not healthy, for sure".

He would "sweat" and "freak out" when people didn't laugh, he said, adding that he "felt like that every single night".

You can still watch Friends: The Reunion on catch-up on Sky Q, Sky Go or NOW. 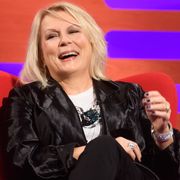 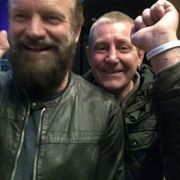 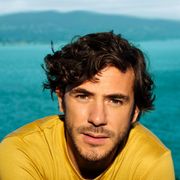 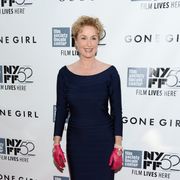 Summer Holiday's cast from Cliff Richard's hit 1963 musical film: Where are they now?