Marilyn Bergman: Oscar-winning lyricist who co-wrote The Way We Were, dies aged 93 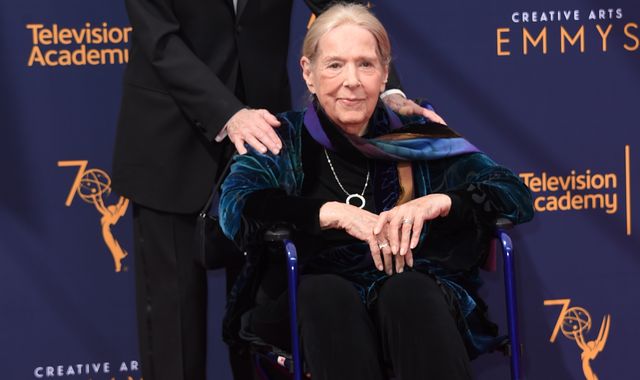 Oscar-winning composer Marilyn Bergman has died at her home in Los Angeles at age of 93.

The lyricist, who teamed with her husband Alan Bergman, on the song The Way We Were and hundreds of others, died of respiratory failure not related to COVID-19.

Mr Bergman was at her bedside when she passed away, her representative Jason Lee said.

The couple, who married in 1958, were among the most successful songwriting partnerships, specialising in introspective ballads for film television and the stage.

From Brooklyn to Los Angeles

The Bergmans were Jews that started life from lower-middle-class families in Brooklyn.

Born in the same hospital, Alan four years earlier than Marilyn, they were raised in the same neighbourhood and were fans of music and movies as children.

They both moved to Los Angeles in 1950 but did not meet until a few years later, when they were working for the same composer.

During her long career, she worked with the likes of Marvin Hamlisch, Cy Coleman, and Michel Legrand.

The duo's works were also recorded by some of the world's biggest singers, including Frank Sinatra, Barbra Streisand, Aretha Franklin and Michael Jackson.

Some of their songs included Streisand's and Neil Diamond's duet You Don't Bring Me Flowers and Sinatra's Nice 'n' Easy.

"If one really is serious about wanting to write songs that are original, that really speak to people, you have to feel like you created something that wasn't there before - which is the ultimate accomplishment, isn't it?" Marilyn Bergman told The Huffington Post in 2013.

"And to make something that wasn't there before, you have to know what came before you."

But they were best known for their contributions to films, with their peak being The Way We Were from the romantic drama of the same name, featuring Barbra Streisand and Robert Redford.

Set to Hamlisch's moody, pensive melody with Streisand's voice, it was the top-selling song of 1974.

The Bergmans won three Oscars - for The Way We Were, Windmills Of Your Mind and the soundtrack to Streisand's Yentl - and received 16 nominations, three of them in 1983 alone.

They also won two Grammys and four Emmys and were placed into the Songwriters Hall of Fame.

Her career spanned into TV as well, with Mr and Mrs Bergman helping to write the themes to 1970s sitcoms Maude and Good Times.

Streisand worked with the couple throughout her career, recording more than 60 of their songs and dedicating an entire album, What Matters Most, to their work.

The Bergmans met her when she was 18 and working as a nightclub singer and soon became close friends.

"I just love their words, I love the sentiment, I love their exploration of love and relationships," Streisand told The Associated Press in 2011.

In 1985, Mrs Bergman became the first woman elected to the American Society of Composers, Authors and Publishers.