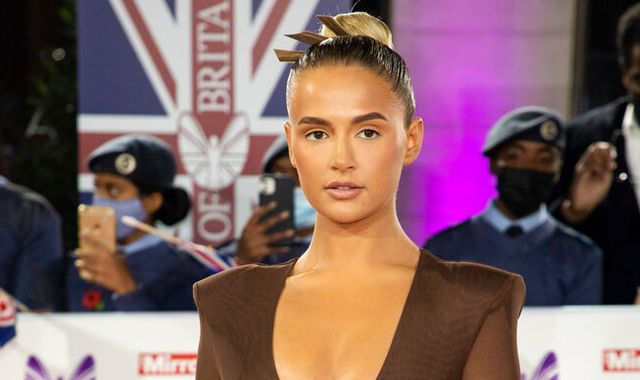 Love Island star Molly-Mae Hague has spoken out publicly for the first time since the backlash triggered by her comments on poverty and hard work, which were branded "Thatcherite".

The 22-year-old influencer told the Diary Of A CEO podcast last month: "You're given one life and it's down to you what you do with it.

"And I'm like, but technically what I'm saying is correct.

"We do - so I understand that we all have different backgrounds and we're all raised in different ways and we do have different financial situations, but I do think if you want something enough, you can achieve it."

Hague's comments quickly became a meme, with social media users accusing her of not fully understanding class divides and poverty.

But she has responded to the anger triggered by her remarks, saying she never meant them "with malice or ill intent".

Writing on an Instagram story on Monday, she said: "I wanted to come back online today as normal, but I feel like before I do I just wanted to say this...

"When I say or post anything online, it is never with malice or ill intent.

"I completely appreciate that things can affect different people in different ways however I just want to stress that I would never intend to hurt or upset anyone by anything that I say or do.

"I apologise to the people that have been affected negatively or misunderstood the meaning of what I said in the podcast, the intentions of the podcast were only ever to tell my story and inspire from my own experience."

The host of the podcast, Dragon's Den panel member Steven Bartlett, said she was facing a "double standard" as a successful woman, adding that men on his shows do not have to "tip toe" around their successes.

Hague is best known for finishing in second place on Love Island in 2019, where she "coupled up" with boxer Tommy Fury, and now works as high-profile influencer and as the creative director of fashion brand PrettyLittleThing - with a reported salary of £500,000.