Rolling Stones: Mick Jagger pays tribute to late drummer Charlie Watts in first show before No Filter tour in US The rockers performed a warm up gig at the Gillette Stadium in Foxboro, Massachusetts, on Monday ahead of their 13-date No Filter tour around the US, which will begin in St Louis on 26 September.

Sir Mick Jagger, who was joined by bandmates Ronnie Wood and Keith Richards, told the 300-strong crowd they were all "missing Charlie so much" after he died on Tuesday 24 August at the age of 80.

"I must say though, at this point, it's a bit of a poignant night for us because it's our first tour in 59 years that we've done without our lovely Charlie Watts. And we all miss Charlie so much.

"I hope you will remember him like we do, so we'd like to dedicate this show to Charlie."

He then toasted his former bandmate as he raised a bottle of beer into the air and shouted: "To Charlie!"

Jagger appeared to choke up as he walked up and down the stage and asked: "What are we going to do now, now I'm all emotional?"

The band performed 15 songs during their show, including hits Let's Spend the Night Together, Tumbling Dice, 19th Nervous Breakdown and (I Can't Get No) Satisfaction.

The rockers were joined by drummer Steve Jordan, who has worked with the band since the 1980s.

He had already been confirmed to replace Watts before the tour began while the drummer recovered from a medical procedure.

Watts was diagnosed with throat cancer back in June 2004 after he discovered a lump on the side of his neck.

He received intensive radiotherapy and was given the all clear four months later.

He previously spoke about his illness and said he felt "very lucky" that his cancer had been caught early.

Watts' publicist confirmed his death last month by announcing he had died in a London hospital "surrounded by his family".

However, the cause of his death has not yet been confirmed.

The statement said: "It is with immense sadness that we announce the death of our beloved Charlie Watts.

"He passed away peacefully in a London hospital earlier today surrounded by his family.

"Charlie was a cherished husband, father and grandfather and also as a member of The Rolling Stones one of the greatest drummers of his generation.

"We kindly request that the privacy of his family, band members and close friends is respected at this difficult time." 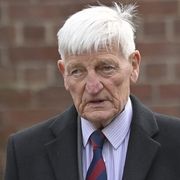 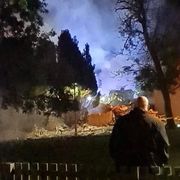 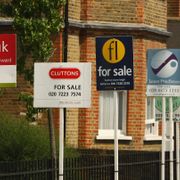 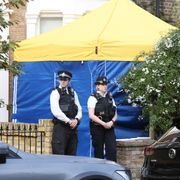 Sir David Amess killing: What we know about Ali Harbi Ali who is being held on suspicion of murder 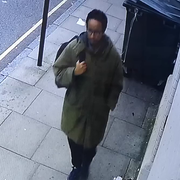