'Always On My Mind' by Elvis Presley: The making of the King's soaring classic

A crossover smash covered by everyone from Willie Nelson to the Pet Shop Boys, 'Always On My Mind' is Elvis's finest 1970s moment, and maybe one of his best ever songs.

But do you know who wrote (and originally recorded) the song before Elvis Presley made it famous? Or about the turmoil in Elvis's personal life that led to his passionate vocal?

Here's everything you need to know about the million-selling masterpiece.

Who wrote 'Always On My Mind'?

QUIZ: How well do you know Elvis Presley?

It won't surprise you that Elvis Presley didn't write 'Always On My Mind'. Despite being the King of Rock and Roll and one hell of a performer, Elvis wasn't really a songwriter.

That didn't stop his manager Colonel Tom Parker wrangling him unearned songwriting credits on many of his earlier hits, though. ("Change a word, get a third" as the old saying went).

Parker's insistence on getting Elvis writing credit (and royalties) on songs led to the end of the King's fruitful partnership with Jerry Leiber and Mike Stoller, and to many other songwriters avoiding him, too.

But none of that was an issue with 'Always On My Mind', anyway, as the song was written, recorded and released before Elvis got anywhere near it.

Carson wrote the bulk of the song in just ten minutes, sat at his kitchen table in Missouri.

When producer Chips Moman told him in the studio it needed a bridge, Christopher and James pitched in with the all-important "tell me..." bit.

Who first recorded 'Always On My Mind'?

While everyone knows Elvis's 'Always On My Mind', his version wasn't the first.

The song was initially offered to Fred Foster who turned it down (why?!?), and it was first recorded by BJ Thomas in 1970.

That version wouldn’t get an official release for over a quarter of a century, eventually surfacing on his Collector’s Edition compilation in 1996.

The first released version came from Gwen McCrae with the slightly-different title ‘You Were Always on My Mind’ on March 28, 1972.

Brenda Lee released a version in June ’72, but it only scraped into the Top 50 in the Country charts. That meant the stage was open for someone to release the definitive version of the song.

His version was released on October 31, 1972, with 'Separate Ways' on the flipside.

What is 'Always On My Mind' about?

QUIZ: How well do you know Elvis Presley's song lyrics?

'Always On My Mind' is a pretty straightforward song, lyrically.

A man laments not giving his partner the love and care she deserves ("maybe I didn't treat you quite as good as I should have"), reassuring her that despite that he was always thinking of her ("you were always on my mind").

So he pleads to know that she still loves him and begs for another opportunity to make things right ("give me one more chance to keep you satisfied").

Despite Elvis not putting down his song till a few years after the Carson-Christopher-James team wrote it, it nevertheless perfectly fit his personal life at the time.

He recorded his version just a few weeks after he separated from his wife Priscilla on February 23, 1972, with that personal turmoil surely informing his passionate vocal performance.

When interviewer Gary James pointed out to Carson that most people think that Elvis was singing 'Always On My Mind' about Priscilla, even though Wayne had written the song years earlier, he replied: "Well, he was."

Elvis had previously had an affair in 1971 with Joyce Bova, while Priscilla later had an affair with karate instructor Mike Stone.

He and Priscilla filed for divorce on August 18, 1971, with the divorce being finalised on October 9, 1973. Presley later dated songwriter/actress Linda Thompson (not the English folkie) for four years.

How did 'Always On My Mind' do in the charts?

In the US, 'Separate Ways'/'Always On My Mind' was listed as a double A-side single, with the former being the leading side.

'Separate Ways' went Gold with sales of over a million copies, reaching 20 on the Billboard Hot 100, 16 on the Hot Country Songs Chart and 3 on the Adult Contemporary Chart.

Over in the UK, 'Always On My Mind' was (rightly!) considered the lead, and reached number nine.

'Always On My Mind' was also a hit across Europe and the rest of the world and is considered one of Elvis's best 1970s songs, and maybe even the last truly great Elvis Presley single.

The song got a couple of big re-releases. In 1997 it popped up on a BT advert of all places, propelling it to number 13, while a 2007 reissue for Elvis's 30th anniversary got as high as number 17.

Who else has covered 'Always On My Mind'?

After Elvis recorded his version, plenty of other artists have performed 'Always On My Mind', in concert and on record.

Willie Nelson did even better, with his take topping the Country chart in May 1982 and even getting to number five on the Billboard Hot 100.

Nelson's version was played in full in an episode of hit HBO show The Newsroom, and was inducted into the Grammy Hall of Fame in 2008. He also recorded a duet version with Johnny Cash for the VH1 Storytellers series in 1998.

Perhaps the most striking version came from an unlikely source: The Pet Shop Boys.

It was so well-received, they went in the studio and recorded it as a single, which went to number one in the UK for four weeks and even reached number four on the US Billboard Hot 100.

It's since been hailed as one of the greatest ever covers, and even beat The Pogues and Kirsty MacColl's 'Fairytale of New York' to the coveted Christmas number one spot in 1987.

A remixed version combined with 'In My House' appeared on their third album Introspective. 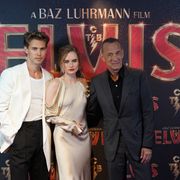