Actress Una Stubbs has passed away at the age of 84.

Una Stubbs was best known for her roles in TV shows including Worzel Gummidge, Till Death Us Do Part, Sherlock and EastEnders.

She first found fame in the 1960s, appearing in films such as Sir Cliff Richard's Summer Holiday.

Her agent confirmed that she died at her home in Edinburgh, surrounded by her family, after an illness.

In 1958, Una Stubbs became the 'cover girl' of Dairy Box chocolates, produced by Rowntree's, and she referred to herself as the 'Rowntrees Chocolate Girl'. She first appeared on TV as one of the Dougie Squires Dancers on the music show Cool for Cats in 1956.

Her first major screen role was in Cliff Richard's 1963 musical Summer Holiday, and she returned in his next film, Wonderful Life.

She made her breakthrough as Rita, the married daughter of Alf Garnett in the sitcom Till Death Us Do Part in 1966. She also appeared in the short-lived spinoff Till Death... in 1981, as well as In Sickness and in Health in 1985.

Stubbs famously featured in the Fawlty Towers episode 'The Anniversary' in 1979, and then played Aunt Sally in the ITV children's series Worzel Gummidge opposite Jon Pertwee and Barbara Windsor.

She was also a team captain in the game show Give Us a Clue in the 1980s.

Stubbs was also a regular on the West End stage, appearing in the likes of Pygmalion and The Curious Incident of the Dog in the Night-Time. 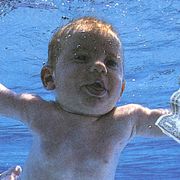 As Nirvana's Nevermind marks its 30th birthday, Kurt Cobain's friend calls it the 'reinvention of rock' 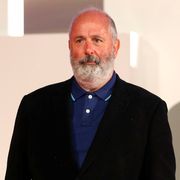 The Jam's 15 greatest songs ever, ranked 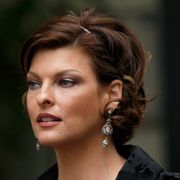