British actor Kingsley Ben-Adir is lined up to play the reggae icon in a new movie.

Hollywood has had massive success with biopics of music icons in recent years, with the Elton John picture Rocketman and Queen film Bohemian Rhapsody attracting rave reviews and massive audiences.

An Elvis movie from Baz Luhrmann is also on the way, as well as a Bee Gees biopic – and now the role of Bob Marley has reportedly been cast in an upcoming film.

He's also had a string of hit TV roles, including in The OA, Peaky Blinders, and as President Barack Obama on The Comey Rule.

Reinaldo Marcus Green will direct the as-yet unnamed Bob Marley biopic, which lists among its producers Bob's son Ziggy, his daughter Cedella and his wife Rita .

The film will not be the first significant Bob Marley movie.

Kevin McDonald's epic 2012 Marley documentary features a mix of archive footage and new interviews with those who knew him best, including Bunny Wailer, Rita Marley, Lee 'Scratch' Perry and others.

On the stage, Get Up, Stand Up! The Bob Marley Musical by Lee Hall opened in London last year. 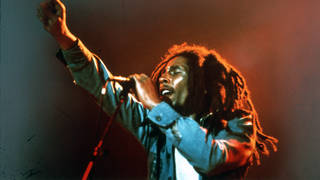 Bob Marley: The most iconic reggae artist of all time

QUIZ: How well do you know Bob Marley's lyrics?

Bob Marley musical Get Up, Stand Up! gets full cast announcement