Rocketman: All you need to know about the Elton John movie

After the success of Bohemian Rhapsody, 2019 will see a movie all about another pop legend: Sir Elton John.

Rocketman will tell the story of Elton's life and career, using his music as the main backdrop.

But who will star in the film and when is it released? Here's all you need to know so far: 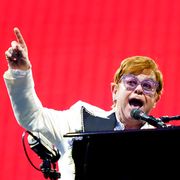