'Candle in the Wind' worked as the perfect pop tribute to a blonde megastar cut down in her prime – twice over.

Elton John took control of rock in the early 1970s with a clutch of hit albums and run of peerless singles.

One of those classic hits was 'Candle in the Wind', a beautiful tribute to a blonde bombshell who died tragically young.

But when was 'Candle in the Wind' released? Who wrote it? And how did it become an even bigger hit over 20 years after it first scaled the charts?

Who wrote 'Candle in the Wind'?

Like most of Elton John's songs, the music for 'Candle in the Wind' was written by Elton himself (in E Major), with lyrics by his collaborator and right-hand man Bernie Taupin.

The pair met in 1967 when both answered an advert for songwriters, and after a couple of years writing for other artists, they turned their talents on Elton himself.

With over 30 albums under their belts, the duo were inducted into the Songwriters Hall of Fame in 1992 and also picked up that body's esteemed Johnny Mercer Award.

When was 'Candle in the Wind' released?

Recorded at Château d'Hérouville, France in May 1973, 'Candle in the Wind' was first released on the absolutely massive Goodbye Yellow Brick Road album on October 5, 1973.

But the song was to have a life way beyond that initial mid-'70s release.

A live version was recorded on December 14, 1986 at the Sydney Entertainment Centre in Australia, featuring Elton alone with his piano with keyboard effects triggered by Elton during the performance.

That version was released on June 13, 1987 on the album Live in Australia with the Melbourne Symphony Orchestra and as a single the following year.

A reworked version called 'Candle in the Wind 1997' (more on that later), was released on September 13, 1997 as a double A-side with 'Something About the Way You Look Tonight', with an extra B-side 'You Can Make History (Young Again)'.

Another version was put together in 2003 for the 30th anniversary of Goodbye Yellow Brick Road. This acoustic remix took Elton's original vocal from the 1973 version and stripped away all the instruments apart from Davey Johnstone's acoustic guitar and the backing vocal arrangement of Johnstone, Dee Murray and Nigel Olsson (even undoing Elton's originally double-tracked vocals).

Who is 'Candle in the Wind' about?

The original version of 'Candle in the Wind' was written for Marilyn Monroe.

Born Norma Jeane Mortenson, Marilyn's star burned brightly as one of the most iconic actors of the 20th century, before she tragically died of barbiturate poisoning in August 1962, aged just 36.

"Goodbye Norma Jean / Though I never knew you at all / You had the grace to hold yourself/ While those around you crawled" the song opened, setting the tone for a celebration of a true star.

It also takes to task the press who "hounded" her in life and death, as well as those who "set you on the treadmill" and "made you change your name".

He added that it was about "how we glamorise death, how we immortalise people".

The phrase "candle in the wind" itself was borrowed by Taupin after he heard it used to describe rocker Janis Joplin, who had died of a drug overdose in 1970 at the age of 27.

Elton dedicated the song to Ryan White at Farm Aid IV in 1990 the day before the teenager died from AIDS-related pneumonia, but it was given a whole new meaning in 1997 after Princess Diana – a close friend of Elton's – was killed in a car accident in Paris.

How did 'Candle in the Wind 1997' for Princess Diana come together?

Soon after Diana's death, businessman Richard Branson got in contact with Elton and told him that a lot of the people writing in the official Book of Condolence for Diana at St James Palace had quoted 'Candle in the Wind'.

It makes sense – many of the themes of Elton's tribute to Marilyn held too for Diana. A blonde woman plucked from relative obscurity and made into a superstar, who was also hounded by the press and victimised by many around her.

Branson suggested that Elton could rework the song and play it at the late Princess's funeral, and under the impression that the Spencer family had spoken to Branson, Elton spoke to Bernie and asked him to write new lyrics for the song.

"I thought it was very important to project it from a nation's standpoint," said Bernie, contrasting the third-person of the new version ("May you ever grow in our hearts") with the first-person of the original ("I was just a kid")./

"I wanted to make it sound like a country singing it. From the first couple of lines I wrote, the rest sort of fell into place"

How did 'Candle in the Wind' do in the charts and how many copies has it sold?

The original 'Candle in the Wind' didn't do too badly, getting to number 11 in the UK singles charts.

The live 1986 version did even better, getting to number 5 in the UK and number 6 in the US, where it finally got the single release it always deserved.

But that was nothing compared to the record-breaking juggernaut that was 'Candle in the Wind 1997'.

The single not only got to number one in the UK and the US and countless other countries around the world, it did so clocking up over 33 MILLION sales.

That makes 'Candle in the Wind 1997' the second-biggest selling single of all time (just behind Bing Crosby's 'White Christmas' from 1942, which has an estimated 50 million sales), and easily the biggest-selling single since the charts were formalised in the 1950s.

Who has covered 'Candle in the Wind'?

Like many Elton John songs, 'Candle in the Wind' has been covered by countless artists, though many of these covers came before the 1997 reworking changed the whole tone.

Among those to put their spin on the 1973 original are Kate Bush, whose version appeared on the B-side of her 1991 cover of another Elton song 'Rocket Man'.

But Kate wasn't the first to cover it by any stretch. Folk legend and Fairport Convention star Sandy Denny had already covered it on her final album Rendezvous in 1977, just a year before her own death at the age of 31. 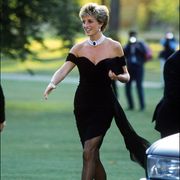