It was another difficult year for live music, but the Rolling Stones came out on top.

Like 2020, this year has been an incredibly tough one for live music.

Between lockdowns, tricky COVID safety measures and band members testing positive, it's been hard for musicians to get back on the road.

There have been some success stories though, with a number of summer festivals going ahead and some live bands even managing to put together viable tour dates.

The Rolling Stones had it even harder than most. The final leg of their No Filter tour kept on being pushed back, and Charlie Watts – their drummer since 1963 – fell ill just before it was due to restart.

Steve Jordan replaced Watts with the drummer's blessing, and then Charlie passed away suddenly.

But the show must go on, and The Rolling Stones took to the road in Charlie's memory.

They played fewer than 20 shows, but with most of the dates being in massive stadiums (and Stones tickets not being the cheapest on the market), it's maybe no surprise that they've been named the most successful live act of 2021.

"It's a testament to all of the people who were out on the road and on our team," said president and co-CEO of Rolling Stones promoter Concerts West John Meglen.

"You have to give every single person out there credit for a ton of buckling down and saying, 'Let's go out and get this thing done', because we all wanted to get it done.

"We didn't want to lose a show. And we're watching all the others out there and going, 'Man, they're not taking it serious enough'." 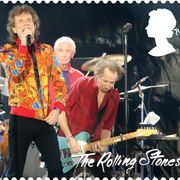