Rod Stewart is returning to Las Vegas for a nine-date residency this autumn.

Stewart will play the concerts at The Colosseum at Caesars Palace to mark the tenth anniversary of his Rod Stewart: The Hits dates.

"Over the past ten years, the two-time Rock and Roll Hall of Fame inductee has packed an arena-sized concert into an intimate concert experience that's exclusive to Las Vegas audiences - with no seat more than 145 feet from his majestic stage," said organisers.

"Featuring chart-topping hits spanning Stewart's unparalleled over five-decade career including 'You Wear It Well', 'Maggie May', 'Da Ya Think I'm Sexy', 'The First Cut is the Deepest', 'Tonight's the Night' and 'Forever Young', the high-energy show treats audiences to an intimate, concert celebration.

QUIZ: How well do you know Rod Stewart?

Stewart's last studio album was 2018's Blood Red Roses, which went to number one in the UK on release.

The album became Stewart's tenth to top the UK charts. 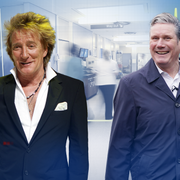 Sir Rod Stewart 'reflected the country's mood' when he called for a Labour government to take over, Sir Keir Starmer says 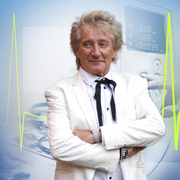 QUIZ: How well do you know Rod Stewart's lyrics?

Rolling Stones: Mick Jagger and Keith Richards are getting some incredibly cool statues

The Zombies facts: Members, songs, break-ups, reunions and how the 'She's Not There' group got their name

QUIZ: Can you name which classic track won the Oscar for Best Song?

'Mr Tambourine Man' by The Byrds: The making of the folk-rock masterpiece